I recently read an article that knocked my socks off.

.
It was (of all places) in the Wall Street Journal and was by (of all people) Taylor Swift and about (of all things) the music industry.
.
None of the above is typically included my regular reading repertoire.
.
Nevertheless, what homegirl wrote, blew me away. It was her mentalities about self-worth, success, and human connection that spoke to me. These are topics that apply to all of us.
. 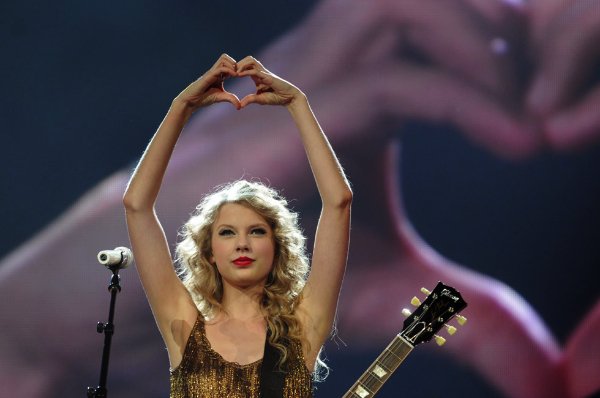 Here are my take-aways:

1. One’s worth is not simply comprised not of what an industry/label/company/boss/ex-boyfreind/teacher/parent says it is. One’s worth is valued, first and foremost, by themselves. Meaning, once you know your worth, it’s easy to ask for (and get) more of what you want – love, money, happiness, etc.

2. The heart and soul of your work is FELT by all those that come in contact with it. When you passionately love and value something – career, hobby, friendship, anything – other people love to join the party that is your excitement. I endeavor to live in such a way where people love to join my very existence.

3. When fans feel like they are your friends, they last. Taylor was sharing her music and talking with those who related to it on MySpace, before most people knew what MySpace was. Principal: Take the time to relate to others. Help others by allowing them to know that someone else – for a moment- gets what it is like to be them. This will create lasting friends/followers/customers/clients/audiences/etc.

4. Optimism will never fail you. Your experiences will catch up with what you believe you are worthy of. Expect the best. Go big.

.
Homegirl gets it. Read the full article below or click here.
.
Had to share.
.
.
Love you,
.
Amanda Frances (look for your next #wisdomdrop later this week! it’s a good one!)
.

The Future of Music Is a Love Story

Before I tell you my thoughts on the matter, you should know that you’re reading the opinion of an enthusiastic optimist: one of the few living souls in the music industry who still believes that the music industry is not dying…it’s just coming alive.

There are many (many) people who predict the downfall of music sales and the irrelevancy of the album as an economic entity. I am not one of them. In my opinion, the value of an album is, and will continue to be, based on the amount of heart and soul an artist has bled into a body of work, and the financial value that artists (and their labels) place on their music when it goes out into the marketplace. Piracy, file sharing and streaming have shrunk the numbers of paid album sales drastically, and every artist has handled this blow differently.

In recent years, you’ve probably read the articles about major recording artists who have decided to practically give their music away, for this promotion or that exclusive deal. My hope for the future, not just in the music industry, but in every young girl I meet…is that they all realize their worth and ask for it.

Music is art, and art is important and rare. Important, rare things are valuable. Valuable things should be paid for. It’s my opinion that music should not be free, and my prediction is that individual artists and their labels will someday decide what an album’s price point is. I hope they don’t underestimate themselves or undervalue their art.

Arrows Through the Heart

In mentioning album sales, I’d like to point out that people are still buying albums, but now they’re buying just a few of them. They are buying only the ones that hit them like an arrow through the heart or have made them feel strong or allowed them to feel like they really aren’t alone in feeling so alone. It isn’t as easy today as it was 20 years ago to have a multiplatinum-selling album, and as artists, that should challenge and motivate us.

There are always going to be those artists who break through on an emotional level and end up in people’s lives forever. The way I see it, fans view music the way they view their relationships. Some music is just for fun, a passing fling (the ones they dance to at clubs and parties for a month while the song is a huge radio hit, that they will soon forget they ever danced to). Some songs and albums represent seasons of our lives, like relationships that we hold dear in our memories but had their time and place in the past.

However, some artists will be like finding “the one.” We will cherish every album they put out until they retire and we will play their music for our children and grandchildren. As an artist, this is the dream bond we hope to establish with our fans. I think the future still holds the possibility for this kind of bond, the one my father has with the Beach Boys and the one my mother has with Carly Simon.

I think forming a bond with fans in the future will come in the form of constantly providing them with the element of surprise. No, I did not say “shock”; I said “surprise.” I believe couples can stay in love for decades if they just continue to surprise each other, so why can’t this love affair exist between an artist and their fans?

In the YouTube generation we live in, I walked out onstage every night of my stadium tour last year knowing almost every fan had already seen the show online. To continue to show them something they had never seen before, I brought out dozens of special guest performers to sing their hits with me. My generation was raised being able to flip channels if we got bored, and we read the last page of the book when we got impatient. We want to be caught off guard, delighted, left in awe. I hope the next generation’s artists will continue to think of inventive ways of keeping their audiences on their toes, as challenging as that might be.

There are a few things I have witnessed becoming obsolete in the past few years, the first being autographs. I haven’t been asked for an autograph since the invention of the iPhone with a front-facing camera. The only memento “kids these days” want is a selfie. It’s part of the new currency, which seems to be “how many followers you have on Instagram.”

A friend of mine, who is an actress, told me that when the casting for her recent movie came down to two actresses, the casting director chose the actress with more Twitter followers. I see this becoming a trend in the music industry. For me, this dates back to 2005 when I walked into my first record-label meetings, explaining to them that I had been communicating directly with my fans on this new site called Myspace. In the future, artists will get record deals because they have fans—not the other way around.

Another theme I see fading into the gray is genre distinction. These days, nothing great you hear on the radio seems to come from just one musical influence. The wild, unpredictable fun in making music today is that anything goes. Pop sounds like hip hop; country sounds like rock; rock sounds like soul; and folk sounds like country—and to me, that’s incredible progress. I want to make music that reflects all of my influences, and I think that in the coming decades the idea of genres will become less of a career-defining path and more of an organizational tool.

This moment in music is so exciting because the creative avenues an artist can explore are limitless. In this moment in music, stepping out of your comfort zone is rewarded, and sonic evolution is not only accepted…it is celebrated. The only real risk is being too afraid to take a risk at all.

I predict that some things will never change. There will always be an increasing fixation on the private lives of musicians, especially the younger ones. Artists who were at their commercial peak in the ’70s, ’80s and ’90s tell me, “It was never this crazy for us back then!” And I suspect I’ll be saying that same thing to younger artists someday (God help them). There continues to be a bad girl vs. good girl/clean-cut vs. sexy debate, and for as long as those labels exist, I just hope there will be contenders on both sides. Everyone needs someone to relate to.

And as for me? I’ll just be sitting back and growing old, watching all of this happen or not happen, all the while trying to maintain a life rooted in this same optimism.